Share on facebook
Share on linkedin
Each and every day, our body produces mucus to ease the movement of foreign objects inside our airways. But what happens when our body produces too much sticky and viscous mucus? In diseases that stimulate too much mucus production, like cystic fibrosis, bronchiectasis and COPD, airway clearance techniques and devices are important to clear your airways.

What are Airway Clearance Techniques?

Airway Clearance Techniques (ACTs) are a series of actions designed to move mucus into larger airways. The goal of these techniques is to expel mucus and loosen the airways. This allows better gas exchange as well as the feeling of a clear chest.

What are Airway Clearance Devices?

Airway Clearance Devices (ACDs) are medical instruments designed to make ACTs easier and more efficient. They are incorporated with ACTs with the goal of increasing the mucus expelled and making the treatment more effective.

Read our post on flutter valve devices and OPEP devices for more information.

5 Airway Clearance Techniques (With and Without Devices)

Coughing is the most common method of airway clearance. It is a basic technique that is incorporated in all airway clearance techniques that follow. However, coughing as a stand-alone technique, requires no extra device or medical assistance. The drawback to its simplicity is the fact that the effectiveness of the technique is limited. Coughing may not be effective against very sticky mucus in more complicated diseases.

Additionally, some patients may find it difficult to cough a sizable amount of mucus by themselves. In this situation, they may need to use the techniques mentioned below.

Pros: Coughing does not require extra equipment or assistance.

Cons: Some patients may find it difficult to expel mucus.

ACBT is a 3 step process to clear your airways. Controlled Breathing, followed by deep breathing and completed by coughing.

The purpose of controlled breathing is to relax the airways. This is especially helpful for patients with high volumes of mucus. The tension built up in airways must be released, to ease the mucus in the following steps. Deep breathing is designed to dislodge the mucus that sticks to airways. The dislodged mucus is then expelled during the coughing phase.

Pros: ACBT requires no additional equipment and can be done alone by the patient.

Cons: The technique has a slight learning curve. Children or the elderly might have difficulty learning the technique.

CPT uses a combination of gravity, vibration and breathing to clear airways. The patient lies in several positions designed to take advantage of gravity to ease mucus along the airway. The positions are used in tandem with rhythmic vibration provided by another individual. While the patient is attempting to cough, another individual taps the patient’s chest wall rhythmically to stimulate the movement of mucus into larger airways.

CPT is useful for children struggling with airway clearance. It can be done with their parents at home while watching TV or listening to music. CPT may be done with or without additional devices, but always requires the assistance of another individual.

Cons: Cannot be done by the patient alone.

During HFCWO, the patient wears an inflatable vest that is connected to a machine. The machine vibrates to loosen the mucus in the chest. After a certain interval (usually 5 minutes), the machine is switched off and the patient expels the loosened mucus.

HFCWO is easy to use. The patient can set up the machine without help from a healthcare professional. This type of therapy can also be done while watching TV, listening to music or reading a book. However, HFCWO devices often come at an incredibly high price.

Pros: Effective and easy to use, can be used by the patient alone.

PEP Therapy, is a method used to widen airways and clear mucus. A person undergoes several cycles of breathing into a PEP device to open up their airways. These are then followed by coughing to expel mucus from the airway.

A PEP device uses a PEP valve that facilitates pressure inside the airways. The positive pressure keeps the airways open, allowing mucus to pass through and exit the airway.

A OPEP device, utilizes a flutter ball. A weighted ball rests on a cone and when the patient exhales into the device, the ball flutters and vibrates. These vibrations resonate throughout the airway, loosening the mucus. At the same time, positive pressure still keeps the airways open. The combination of loosened mucus and open airways makes the OPEP process more efficient.

Pros: Effective and easy to use and can be done by the patient alone.

What is the Best Airway Clearance Technique?

Coughing, ACBT and CPT are techniques without additional costs as they do not require additional devices. CPT may require assistance from a healthcare professional but can also be done by a patient’s relative.

HFCWO costs the most out of all techniques. They are predominantly aimed at medical facilities with pricing typically costing between US$10,000 and US$15,000.

Accessibility and Ease of Use

HFCWO vests are the easiest devices to use with no technique to learn. The patient simply has to wear the device and sit comfortably. Every 5 minutes or so, the patient coughs out mucus. However, the price tag means accessibility is heavily restricted.

Next easiest to use is PEP Therapy. PEP Therapy has a simple procedure to be mastered but then patients can utilize the device independently. The cost makes it accessible to most people.

Similar to PEP Therapy, ACBT has a slight learning curve but can be done by the patient independently. However, ACBT may be more difficult to learn for children and elderly.

Finally, CPT is the least accessible, given that the patient cannot do the treatment alone. A medical care professional may need to help, but patients or relatives may help in the treatment as well. Even then, the assistant to the treatment still has to learn a simple technique.

A 2017 review of 9 nine studies compared the effectiveness of PEP Therapy in contrast with several other ACTs. 213 individuals across 9 studies diagnosed with bronchiectasis participated in treatments involving PEP Therapy and other interventions.

The authors concluded that PEP Therapy has similar effects to other ACTs in terms of quality of life, feelings of breathlessness, mucus expelled and lung volumes. In short, there was yet to be evidence of any ACT being superior in effectiveness.

However, the authors also noted that the studies were limited in terms of evidence given a small sample size. The studies did not report long term clinical effects of any ACT, which is a big loss in the context of bronchiectasis being a chronic disease.

As all five treatments have similar effectiveness, the treatments shall contrast in terms of accessibility and price.

Even if HFCWO is the most accessible in terms of technique, its price of US$15,000 is a sizable amount. PEP Therapy, the second most accessible has a price starting around US$60 can be learned and used by a wide age range and context. ACBT costs nothing at all but has a difficult technique that cannot be recommended for children and the elderly. Finally, CPT is the least accessible, given that the patient cannot do it individually but it may be done for free.

In conclusion, considering a wider age range and context, PEP Therapy is recommended. A one-off investment costing a mere US$60 can be justified by effectiveness even with children and the elderly. 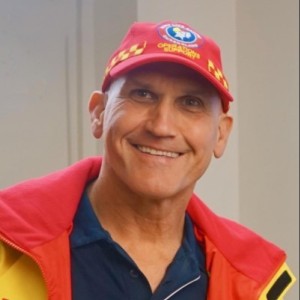 Having rescued 18 lives from drowning, I’m taking on a bigger mission in life…. to make a difference to 18 million lives, and Turboforte™ Lung Physio is my pathway.
PrevPreviousWhat is a flutter valve device and how to get great results

How to use your Turboforte™ Lung Physio device

How to clean your Turboforte™ Lung Physio device

9 Natural Methods to Remove Excess Mucus from your Lungs

What is an OPEP Device and how effective are they?

What Is A Mucus Clearance Device and Choosing the Best Type

What is COPD and how to best recognize the symptoms?

Emphysema, Can you recognize the symptoms?

We Want To Help

Our mission is to improve the quality of life for 18 million people suffering from breathing-related problems, and YOU could be one of them.

Keep out of reach of children and do not allow the Turboforte™ device to be used unsupervised by children. The device is designed to be pulled apart for cleaning for multiple usage, because of this some of the small parts like the stainless steel ball and protective cover and circular cone pose a choking hazard for children.